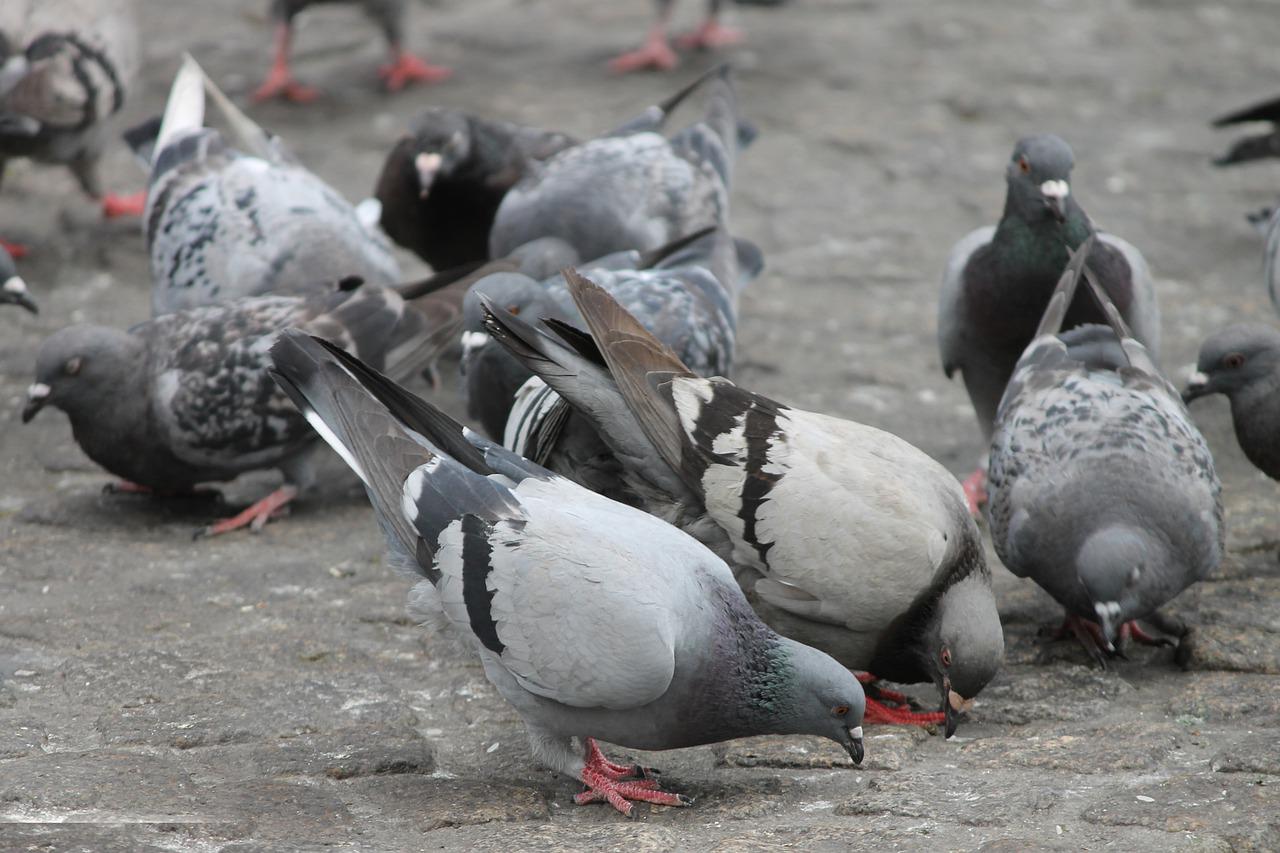 Pigeons are loved by some and considered nuisance pests by others. Pigeons congregate in public places and their droppings have a negative effect on the appearance of buildings. But do pigeons actually spread harmful diseases?

Pigeons are often considered dirty birds because they live in close proximity to humans and often rummage through garbage cans. This gives them easy access to food that may be contaminated with bacteria or viruses. When pigeons eat this food, they can become carriers of disease.

Pigeons have been known to carry a number of diseases, including psittacosis, salmonella, and cryptococcosis. While these can cause serious illness in people, they are not usually deadly.

How Do Pigeons Transmit Disease?

Feral pigeons carry diseases and can spread them to people in a number of ways. One way is through direct contact with pigeon droppings. The droppings can contain bacteria or viruses that can cause illness if they come into contact with human skin or are inhaled.

Another way pigeons transmit diseases is by contaminating food or water that people consume. Pigeons are known to rummage through garbage cans, which can contaminate food with bacteria or viruses. Pigeons can also contaminate water sources with their infected droppings, which can contain bacteria that can cause illness if consumed by humans.

Pigeon diseases can also be spread through ectoparasites, such as mites, fleas, and ticks. These parasites can carry bacteria and viruses that they can transmit to people when they bite or feed on human blood.

Are Humans at Risk of Contracting Disease from Pigeons?

While pigeons can carry disease, the risk of people contracting disease from pigeons is relatively low. To contract most diseases carried by pigeons, humans would have to come into direct contact with contaminated pigeon droppings or consume contaminated food or water.

Common Diseases That Pigeons Can Spread to Humans

While pigeons can carry a number of diseases, only a few of these diseases can actually be spread to people. The most common diseases that pigeons spread to humans are psittacosis, histoplasmosis, salmonella, and cryptococcosis.

Symptoms of psittacosis include fever, chills, headache, muscle aches, and coughing. Psittacosis is treated with antibiotics.

Salmonella is a type of bacteria that can cause food poisoning. People can contract salmonella from consuming food or water that is contaminated with the bacteria. Pigeons can contaminate food or water by coming into contact with it and leaving behind bacteria from their droppings.

Symptoms of salmonella include diarrhea, vomiting, and fever. Salmonella is treated with antibiotics.

Cryptococcosis is a disease that is caused by the fungus Cryptococcus neoformans. It is found in the environment, particularly in pigeon droppings. Humans can contract cryptococcosis by coming into contact with contaminated droppings or by inhaling the spores of the fungus.

Other Diseases That Pigeons Can Cause

There are other diseases that pigeons can cause, a good example is Pigeon’s Lung. Pigeon’s Lung is a condition that is caused by the inhalation of allergens from pigeon droppings.

Symptoms of Pigeon’s Lung include coughing, wheezing, and difficulty breathing. Pigeon’s Lung is treated with medication and avoiding exposure to pigeon allergen.

Avian influenza is another virus that pigeons can carry. This virus can cause severe illness in people, particularly in young children and the elderly. Symptoms of avian influenza include fever, coughing, and difficulty breathing.

The best way to prevent disease transmission from pigeons is to avoid contact with them. However, if you live in an area where pigeons are common, there are some steps you can take to minimize your chance of exposure.

Make sure to wash your hands after coming into contact with any pigeon droppings. If you are cleaning up droppings, wear gloves and a mask to protect yourself from exposure. Avoid touching your face while you are cleaning.

You can also employ bird control devices to deter pigeons from roosting in your area. These devices include bird spikes, netting, and ultrasonic devices.

Bird spikes are pointed devices that are installed on ledges and other areas where pigeons like to roost. The spikes make it difficult for pigeons to land, so they will usually avoid the area.

Bird netting is a type of netting that can be installed around an area to keep pigeons out. The netting has small holes that are too small for pigeons to get through. Ultrasonic devices emit sound waves that are high-pitched and only audible to birds. These devices can be used to deter pigeons from an area.

These devices may help control the pigeon population in your area, which can reduce the likelihood of disease transmission. However if the infestation is really bad, it is usually best to hire professionals to deal with the problem.

Pigeons will spread disease if not controlled, so it is important to take action if you have a problem with them. There are many different ways to control pigeons, and the best method will depend on the severity of the infestation.

If you have a small number of pigeons, you may be able to get rid of them by using bird netting or spikes.

If you have a really serious infestation, you may need to consult with a professional pigeon removal company. AAAC Wildlife Removal specializes in the removal of pigeons and other problem birds. We will work with you to develop a customized pigeon control plan for your property.

Pigeons will cause disease, so it is important to act immediately. If you have a problem with pigeons, contact AAAC Wildlife Removal today. We will be happy to help you get rid of your pigeon problem.

So, do pigeons spread disease? Unfortunately, the answer is yes. Pigeons can carry a number of diseases that can be harmful to humans. However, you can take steps to avoid exposure to them. Cleaning up bird droppings and avoiding contact with pigeons are both good ways to reduce your risk of exposure.

You can also use bird control devices to deter pigeons from roosting in your area. If the pigeon roost is large and is really causing a problem, you may need to consult with a professional bird removal company.

Do you have a problem with pigeons? AAAC Wildlife Removal can help. We specialize in the removal of problem birds, including pigeons. Contact us today!