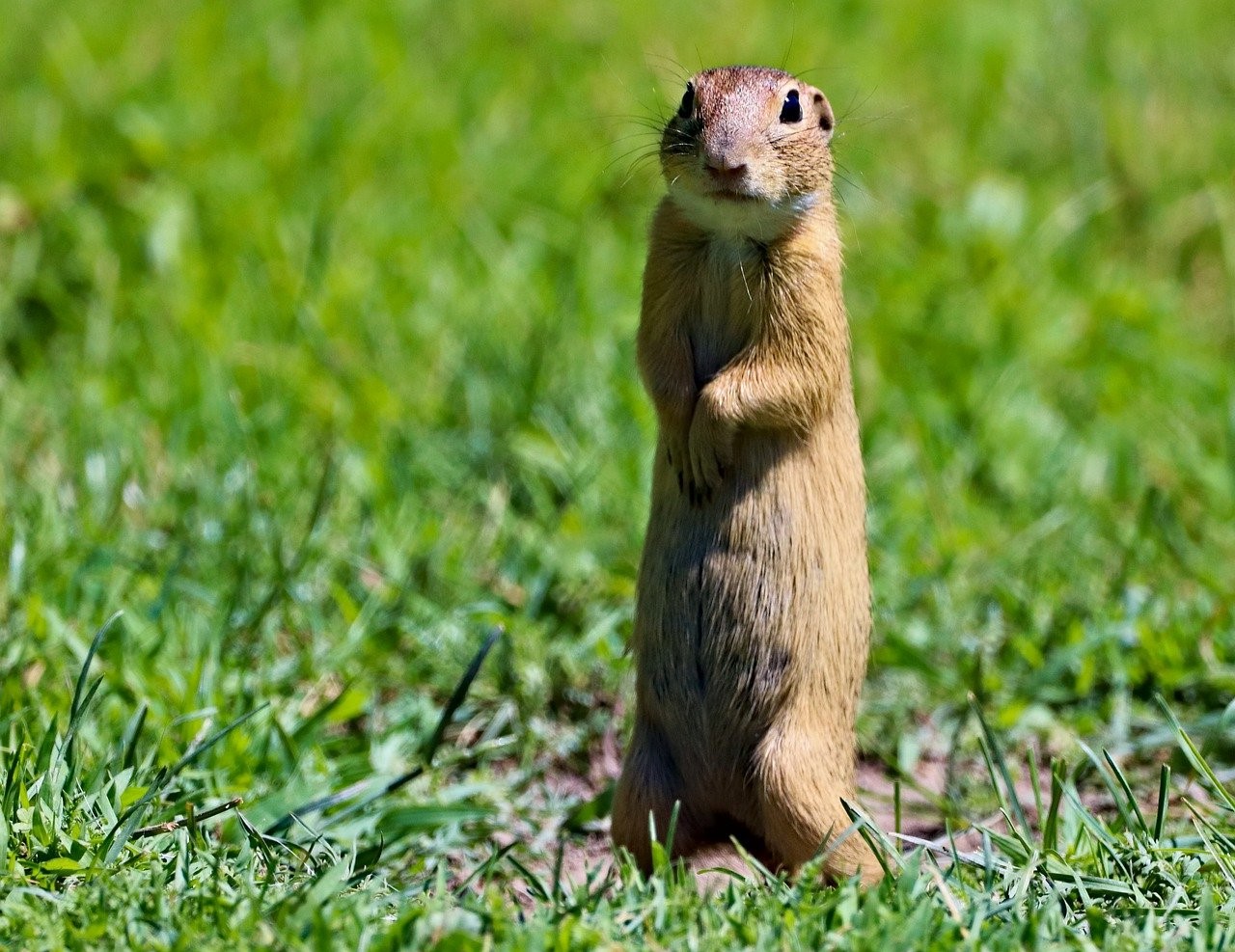 Gophers are small burrowing animals found in North and Central America. They are often considered pests because they tunnel through yards and damage crops.

These wild animals come out at night to eat your plants and dig holes in your yard. Gophers are real nuisance animals.

But do these little creatures carry disease?

The answer is yes, gophers can carry a number of diseases that can be passed on to humans and other animals. They spread rabies, hantavirus, leptospirosis, and many viral-based infectious diseases.

Most of the diseases are treatable, but some can be deadly. So it’s important to be aware of the risks if you have a gopher problem on your property.

While gophers themselves may not show any symptoms of serious illness, they can still pass them on to humans and other animals through their urine and feces. So if you come in contact with a gopher, it’s important to wash your hands thoroughly afterward.

Rabies is a virus that attacks the central nervous system and is fatal to humans if left untreated. Gophers are known to transmit rabies, and can pass it on to humans through their saliva. It is often contracted through a bite from an infected animal.

Symptoms of rabies in humans include fever, headache, nausea, and seizures. If you think you may have been exposed to a gopher with rabies, it’s important to see a doctor immediately and start treatment.

Hantavirus is a respiratory disease that is spread through contact with rodents, including gophers. The virus causes the lungs to fill with fluid, making it hard to breathe.

Symptoms of hantavirus include fever, muscle aches, and difficulty breathing. Consult with a doctor immediately if you think you may have been exposed to a gopher with hantavirus.

Leptospirosis is a bacterial infection that is spread through contact with contaminated water or soil. Gophers can carry the bacteria in their urine, and it can be passed on to humans through cuts or open wounds.

The disease is caused by the bacteria entering the body through an open wound and attacking the liver, kidneys, and other organs. Flu like symptoms such as fever, chills, headache, and muscle aches can develop within a week of exposure. If you think you may have been exposed to leptospirosis, it’s important to see a doctor and start treatment immediately.

Lymphocytic choriomeningitis virus (LCMV) is a virus that is spread through contact with rodents, including gophers. The virus can cause meningitis, which is an inflammation of the brain and spinal cord.

Symptoms of LCMV include fever, headache, and stiff neck. If you think you may have been exposed to a gopher with LCMV, it’s important to see a doctor immediately. The disease is treatable with antiviral medication, but it can be fatal if left untreated.

The plague is a bacterial infection that is spread through the bite of an infected flea. Just like ground squirrels, gophers can carry the bacteria in their fur, and it can be passed on to humans through contact with an infected animal.

Symptoms of the plague include fever, chills, and swollen lymph nodes. If you think you may have been exposed to a gopher with the plague, it’s important to see a doctor immediately and start treatment. The disease is treatable with antibiotics, but it can be fatal if left untreated.

Symptoms of tularemia include fever, chills, and muscle aches. If you think you may have been exposed to a gopher with tularemia, it’s important to see a doctor immediately and start treatment. The disease is treatable with antibiotics, but it can be fatal if left untreated.

How Do Gophers Spread Disease?

Gophers can spread disease in a number of ways. The most common is through their infected urine, which can contaminate water or soil with bacteria or viruses. Their feces pose the same risk, as they can also contain harmful bacteria that cause infections.

Gophers leave their urine and feces everywhere they go, which increases the chances of humans coming in contact with them.

Gophers can also spread disease through their saliva. Diseases can be passed on to humans through a bite from an infected gopher. When gophers are cornered or threatened, they may bite humans in self-defense.

Their fur can also carry bacteria and viruses, which can be passed on to humans through contact. Additionally, gophers can carry fleas that are infected with the plague bacteria. When these fleas bite humans to feed on blood, they can transmit the bacteria and cause infection.

Preventing diseases from gophers often comes down to common sense and good hygiene. Here are some tips to prevent exposure to gophers and the diseases they carry:

Wear gloves and a mask when handling gophers or when cleaning their urine and feces.

Wash your hands thoroughly after handling gophers or their urine and feces.

Don’t touch your face while handling gophers or when cleaning their urine and feces.

Don’t let gophers into your property, seal any holes or cracks in your home that gophers could use to enter.

With a few simple precautions, you can help prevent exposure to gophers and the diseases they carry.

Other Problems Brought About By Gophers

Besides spreading disease, gophers can also damage your property. Their burrowing can undermine the foundation of your home, and their tunnels can damage your lawn or garden.

They also eat plants, which can ruin your garden. They make your lawn look unsightly, and their presence can be a nuisance.

If you have gophers on your property, it’s important that you act quickly to get rid of them. The longer they stay, the higher the risk of disease exposure and property damage.

At the first sign of gophers, call a pest control company to have them removed. Do not try to remove them yourself, as this can be dangerous.

If you have a problem with gophers, AAAC Wildlife Removal can help. We are a wildlife control company that specializes in gopher removal. We use the latest technology and equipment to safely and effectively remove gophers from your property. We also take measures to prevent them from returning.

Call us today to schedule a consultation. We’ll inspect your property and develop a customized plan to get rid of the gophers. We’ll also provide you with tips to keep them from coming back.

Gophers are not only a nuisance, but they can also spread disease. Dangerous diseases such as Rabies, Leptospirosis, hantavirus, and Tularemia can be passed on to humans through contact with gophers. Acting quickly not only minimizes the risk of disease exposure, but it also helps prevent further damage to your property. If you have a problem with gophers, call AAAC Wildlife Removal today