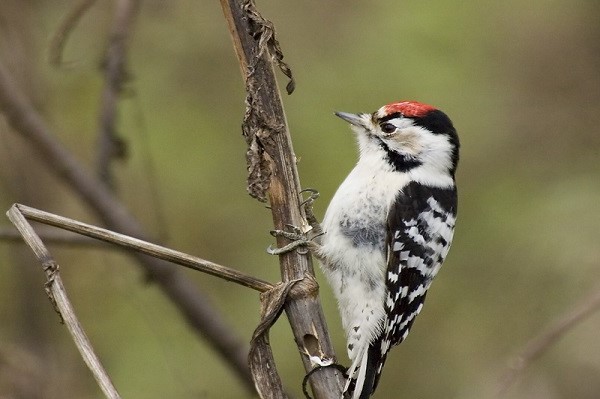 Woodpeckers are interesting creatures! They’re gifted with long beaks, headache-resistant skulls, powerful eyesight, and sticky tongues, which become essential foraging tools. Not just that, but these birds can also rotate their heads a whopping 180 degrees.

We often get entertained by these birds’ aerial antics, but could these birds also threaten human health? Well, woodpeckers are often carriers of zoonotic diseases, these are illnesses that can be transmitted from animals to humans. What are these diseases exactly? Let’s find out more!

Can Humans Get Diseases From Woodpeckers?

Woodpeckers, like most wild animals, can carry diseases that may be harmful to humans. These creatures can carry more than 60 transmissible diseases. These diseases are transmitted through bites, fleas, saliva, or waste that may have contact with human skin or food. These creatures can be detrimental not just to property, but also to human health.

What are the diseases that humans can get from woodpeckers?

There are many diseases that humans can contract from woodpeckers. They can be mild, like the common cold, or more severe, like encephalitis. Some of these diseases are:

You may have heard of this zoonotic disease before, as it is often associated with poultry. This infection is caused by the bacteria Salmonella enterica and is acquired through food or water contaminated with droppings or through contact with an infected bird or animal.

There can be cases where the dried waste bacteria is absorbed through contaminated vents or air conditioners, contaminating food preparation areas..

The symptoms of salmonellosis usually manifest within 6 to 72 hours after infection, and may last up to a week. Symptoms will include diarrhea, vomiting, and fever.

Avian Tuberculosis is an infectious disease contracted through the inhalation of a microscopic organism called Mycobacterium avium, found in birds’ feces. This bacteria can affect different organs but is often found in the lungs.

Infected birds may not show any symptoms, but those that do will have a loss of appetite, weight loss, and lethargy.

In humans, this infection can cause a severe lung infection, as well as other infections in other organs. The symptoms will manifest gradually, and may include fatigue, weight loss, and fever.

If you think you may have contracted any of these diseases from a woodpecker, it is best to see a doctor immediately.

The infamous “Bird Flu,” or Avian Influenza, is a disease that affects the respiratory system of birds. It’s caused by the Orthomyxoviridae family of viruses that are classified into different types, with some capable of infecting humans.

This disease can be housed in objects such as baths, houses, bird feeders, and bird to birds. This disease is known for being deadly to humans, causing a more severe form of flu that accompanies high fever, muscle aches, cough, and respiratory distresses.

While these diseases may not be as common, it’s still best to take precautions when dealing with birds. If you have any cuts or open wounds, avoid contact with these birds as much as possible to prevent infection. It would be ideal to wear gloves and a mask when cleaning up after them and washing your hands thoroughly afterward.

West Nile virus gets a deadly carrier of an infected bird. This virus is transmitted by mosquitos who have already fed on infected wild birds. The virus will then travel to the mosquito’s salivary glands and will be passed on to humans and animals when the mosquito takes its next blood meal.

People with exposure to this virus will not have any symptoms at all, but some may develop a mild form of the disease, including fever, headache, and body aches. In more severe cases, the virus can cause encephalitis or meningitis, which can be fatal.

Also called “Ohio River Valley Fever,” histoplasmosis is a yeast or fungus infection spread through inhalation of Histoplasma capsulatum that grows in dried bird droppings or feces. Symptoms of this disease include fever, chest pains, coughing, and difficulty breathing. More severe cases can cause pneumonia, sac inflammation surrounding the heart, or meningitis.

Children and people with compromised respiratory systems become vulnerable to the extreme effects of this virus.

While not a disease, bird mites are still parasitic insects that can cause a lot of irritation to humans. These mites are usually found in wild birds but also in chickens and pigeons.

These mites will often bite humans, leaving red welts on the skin that can be itchy and uncomfortable. In more severe cases, it can also cause an allergic reaction. If you find bird mites in your home, it’s best to call a professional to eliminate them as they can be difficult to stop on your own.

There’s a long list of bird diseases that humans can contract. Here are the less common ones:

How to handle sick or dead birds/woodpeckers?

The first line of action would be to avoid interaction and contact. But if you must handle dead or sick birds, wear gloves and a mask to protect yourself from potential diseases.

When selecting a type of glove, leak-proof rubber gloves or heavy-duty ones will be incredibly suitable.

But, even with gloves, remember not to pick the bird directly. Use a plastic bag and turn it inside out. Then, you can touch the sides of the plastic bag with your gloved hands to put it inside. Put it inside another plastic bag for a more secure seal.

Prevention of Diseases from Woodpecker

Three keywords serve as primary prevention from diseases caused by birds: “Clean, clean, clean.” Countless viruses, bacteria, and parasites can live as litter and soil and stick in exposed objects around your house.

You can eliminate these risks by cleaning your barns, gardening tools, feed containers, and cages. But, this step won’t be effective if you don’t wash and clean before and after handling birds or the cleaning itself.

Other actions would include:

This segregation also benefits the easy identification and tracing of the carrier of infection. This will contribute to disease control.

There are many diseases that humans can get from woodpeckers. Bird Flu, Avian Tuberculosis, Histoplasmosis, Salmonellosis, West Nile Virus, and Newcastle Disease are just some of the disease risks they pose. There are undoubtedly several others, knowing birds host more than 60 transmissible diseases.

While these transmissions may be true, there are effective treatments available in the hospital. But before we suffer from the varying symptoms, it’s best to follow proper prevention controls to protect yourself and your family.