In the United States, the most common species are the red fox and the gray fox. Foxes are both loved and reviled for often the same qualities. They are clever and resourceful, which merits admiration, but which also sometimes makes them pests. They are adaptable to a huge variety of habitats, including agricultural land and urban areas. They are generally smart enough to stay out of our way, but also smart enough to recognize a good deal when they see one. Living near humans, with the high availability of food, water and shelter that they provide, is a pretty good deal. 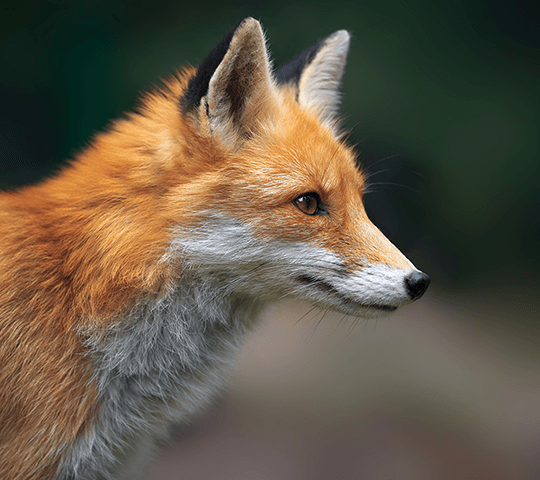 Foxes typically weigh between 6 and 15 pounds and are about 3 feet long with the tail. They have large ears and a pointy nose. Red foxes are well known for their red coat and white underbelly, but their fur color can range from orange, red, gray and black. Gray foxes can sometimes be mistaken for red foxes due to the possible presence of red patches in their fur. Their full, bushy tails are thankfully quite distinctive. The tip of the red fox’s tail is white, while that of the gray fox is black.

Foxes reside in dens made from underground burrows, hollow trees and in rock crevices. While gray foxes live in rocky woodlands and deciduous forests, red foxes prefer a combination of forest and open meadows. Red foxes are known to invade agricultural lands and urban areas, though both species can reside near farmlands.

Foxes are omnivorous, meaning they can eat both meat and vegetation. They often like to hunt for insects, small rodents, birds and reptiles.

The fox breeding period depends on the region, but generally occurs once the temperature starts to warm. Females are pregnant for around 50 days and litters vary according to species and environment, but you can expect anywhere between 1 and 10. Males will defend a female it has impregnated fiercely.

They have a lifespan of around 3 to 10 years.

Gray foxes are the only North American canid that climbs trees, which has made them highly successful in the wake of urbanization. All foxes will use a pouncing technique to hunt, surprising their prey from above. They have a tendency to store their food for later, burying it under leaves, soil or snow. Typically, foxes don’t stay in packs, though they usually live in small family units.

Foxes can carry rabies and sarcoptic mange, as well as tapeworms that reside in the intestines, all of which can be transferred to humans. Foxes should not be approached or handled by anyone but a trained professional.

While foxes are not normally aggressive around human beings, if they come to associate a person with food, they may approach that person. As foxes prey on vulnerable creatures, they have also been known to attack small children.

If a fox does not demonstrate fear of a human and steadily approaches the human, there is also a possibility that the fox has rabies.

In addition to the potential danger they present to humans, foxes actively hunt livestock and pets.

Scare tactics can work, but the best way to deal with a fox is trapping and removal. There exist human techniques for catching a fox, but these should only be used by trained and certified professionals like those at AAAC Wildlife Removal.

Prevention and exclusion are an important part of making sure you don’t have to worry about foxes, mangy or otherwise. If you know there are foxes nearby, keep your pets indoors at night and your livestock locked in, and don’t leave food out. Seal crawl spaces in structures, under porches, sheds and decks. Ask a local wildlife professional at AAAC Wildlife Removal to inspect your property and give you the best tips on making it unattractive to foxes. 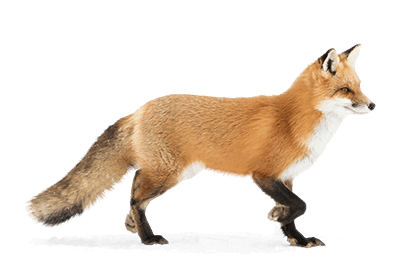 Fox threatening your pets? We can help! Select your state below to find a qualified AAAC Wildlife Removal Pro near you!

Foxes got you nervous?
We can help!