Squirrels from all three categories can become a nuisance by scraping their way into your attic and chewing up your wires, ducts and insulation. The most common species you’ll find near your home in North America include red squirrels, eastern gray squirrels and fox squirrels. 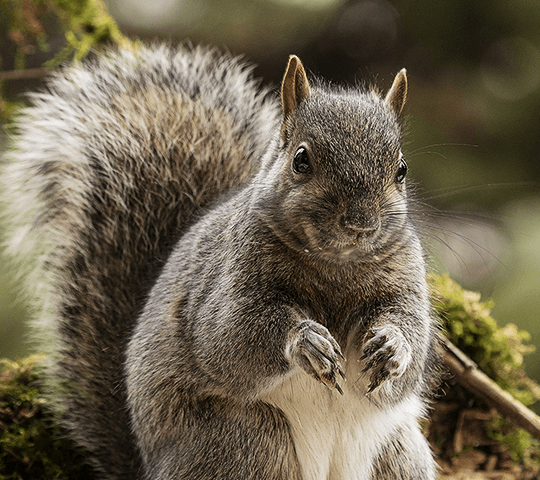 Your typical adult squirrel ranges from 12 to 24 inches in height/length. Squirrels love to climb using their dense, muscular bodies and sharp claws. They come in shades of black, gray, red and brown. Their fur is bushy at the tail and short and thick along the rest of their body. Squirrel underbellies tend to be a lighter, softer color than the rest of their bodies.

Adult squirrels average about one pound in body weight. Life expectancy in the wild is about 3 to 4 years, but some can live up to ten years in rare cases. Mother squirrels give birth twice a year once in late summer, and again in winter. Mothers gestate for around 45 days. Each litter has around 3-4 young and they wean in about 10 weeks.

Squirrels are most active in the morning and evening. Their diet consists of mostly nuts and seeds. They live in several habitats, including urban, suburban and rural areas. Squirrels are territorial. They mostly communicate by chattering, tail movement and scent.

Different species of squirrel prefer different types of trees. Eastern gray squirrels don’t like moving on the ground, so they love forests where it’s easy to travel among the upper layer of leaves and branches. Fox squirrels, on the other hand, prefer their trees more widely spaced, so they are found in oak, pine and mixed forests. Most species of squirrels live in tree cavities or build nests out of leaves and branches.
Diseases

Squirrels don’t transmit any important diseases, but they can carry fleas and ticks, which are bearers of parasites that humans are susceptible to. Like most animals, they leave droppings, so you get the standard risk of excrement-based diseases like Salmonella.

Squirrels just love attics. They often chew on wires, ducts and pipes once inside they get inside your home. Most people complain about the noise that squirrels make while running around, but the true damage comes from their chewing. If they get into your electrical wires, you’ve got a fire hazard on your hands.

Usually, you’ll see nesting material that they drag indoors, and a buildup of urine and excrement upstairs. It’s not unusual for them to get stuck inside your chimney, at which point you might hear them frantically scratching to get out.

They also like to run on power lines, which can sometimes cause an electrical short.

Many states list squirrels as game animals, meaning you need a special permit for trapping. Even though squirrels are usually docile, it is a good idea to contact a trained professional rather than to DIY the problem. Our wildlife specialists at AAAC Wildlife Removal are skilled at handling squirrels safely and humanely.

Even after your squirrels are gone, you need to take steps to exclude new ones from coming in. Sometimes, making changes in your yard can help, as well as sealing entry points to keep squirrels and other wildlife from getting in. Every property is different, but our wildlife specialists can help you determine the most effective options. 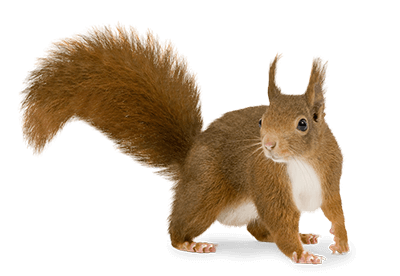 Got squirrels driving you nuts? We can help! Select your state below to find a qualified AAAC Wildlife Removal Pro near you!

Squirrels got you nervous?
We can help!