The house mouse has done very well around humans, so much so that populations are now much more common in human environments than in the wild. Mice nibble at everything they can and make their way up your walls, through your pipes and into your drawers to get at the foods so conveniently stored for them in houses, farms and other human-made buildings. They chew through walls and storage containers and gnaw at electrical wires. All that and they breed like rabbits…or mice. 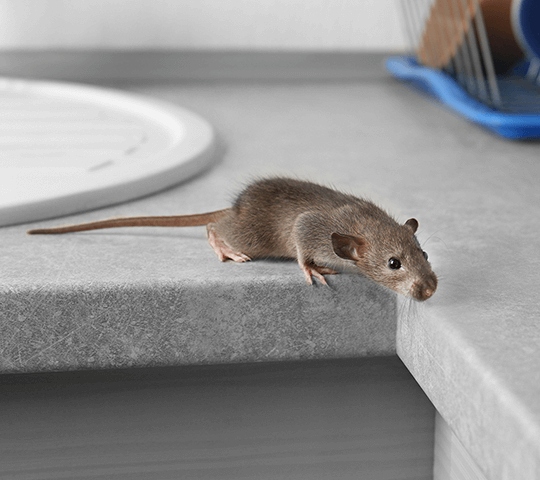 The house mouse is a typically small and slender rodent. It has large ears and a pointed snout, small, beady eyes and a long, furless tail. Adult body length varies from 3 to 4 inches, with an extra 2 to 4 inches of tail. They weigh from one to one and a half ounce and are much smaller than rats.

Unlike their mostly white lab counter-parts, the fur of house mice is usually grey, light brown or black, and can be lighter under their chin and on their belly. Their feet have long, slender fingers from grasping, digging and scaling.

The house mouse is a prolific breeder, able to produce up to a dozen litters per year with an average of six baby mice per litter. They don’t live much longer than a year in the wild.

Like rats, mice poor eyesight, but have terrific hearing and sense of smell, which they use to navigate following urine and pheromone trails. They are nimble and fast, can climb most surfaces and fit through surprisingly small gaps.

House mice are mainly active at night and run from the light. They make their nests out of soft materials near food sources. The males tend to be territorial and will become aggressive with other males living closeby, though this is less of an issue in human households where they aren’t likely to need to fight over resources (though they might fight over females). They are generally unlikely to compete with a rat infestation, as rats will often kill and eat them.

House mice can transmit only a few diseases to humans, and there aren’t many reported infections, much less severe ones. It’s probably best, however, that pregnant women not live in mouse-infested households due to the risk of Lymphocytic choriomeningitis, a viral infection. Also, moist urine of mice as well as of many mammals can transmit the blood infection, leptospirosis.

Watch out for any food near signs of mice (such as droppings) as they contaminate 10 times as much food as they eat.

Damage to property and food supplies are where house mice cause humans the most grief. Urine, droppings and hair contaminate food supplies. Because their rodent teeth grow continuously, they are also often chewing at electrical wires, potentially causing shorts, power outages and fires.

Lethal methods of control such as snap traps and glue boards can be effective and are commercially available. There are, however, many humane methods of control that AAAC Wildlife Removal specialists can use to control house mouse populations.

Even after eliminating an infestation, it’s important to mouse-proof your house. If the initial elements that attracted them in the first place remain, more are likely to come back. AAAC Wildlife Removal specialists can do a thorough inspection to find entry points and attractants to avoid future stress on your home life and pocketbook. 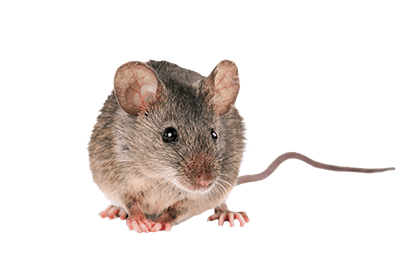 Got a mouse in your house? We can help! Select your state below to find a qualified AAAC Wildlife Removal Pro near you!

Mice got you nervous?
We can help!