You could say that rats have had a somewhat strained relationship with humankind. They helped spread the plague for hundreds of years in the Middle Ages as well as in the early 20th century, and now continue to do nasty things like spread rat-bite fever and other unfortunate diseases, feed on stored grain and gnaw away at electric wires. 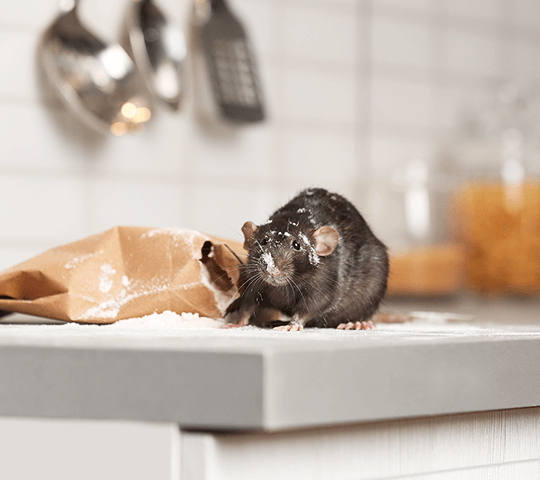 Roof rats are usually black to light brown with a lighter belly. Adults average 7 to 8 inches in length, not counting the tail, which adds 8 inches. They weigh from 6 to 10 ounces, with males usually being larger.

Norway rats have coarse brown or dark grey fur, with a lighter belly. They are larger and slightly longer than roof rats, with a more robust body, though with a shorter tail. They can weigh up to a pound.

Roof rats breed throughout the year with up to five litters a year. Females can become pregnant 48 hours after last giving birth. Young rats are sexually mature within three months. They rarely live longer than a year in the wild, though lab and pet rats can live up to three years.

Norway rats can also have five litters all year-round. The females can, however, become pregnant immediately after giving birth. Their young reach sexual maturity in just five weeks and gestation takes three.

Both species have poor eyesight, but excellent hearing and an acute sense of smell, which allows them to travel by following urine or pheromone trails. Their superb speed and balance allow them to climb most surfaces.

Human habitats provide shelter, warmth and food, as well as an abundance of places to hide.

Since roof rats tend to live in trees, they also have a preference for attics (hence the name). Norway rats, on the other hand, like to live nearer to the ground and in underground burrows. In human buildings, you’ll find them at ground level and in basements. Keep in mind though that they are capable of living in any part of a building, and are highly motivated by proximity to food. Neither species travels very far from their home range. Though they are territorial, population booms force them to make do and to live in mixed territories.

They come out at night to forage, preferring grains. Being rodents with teeth that grow continuously, they are always gnawing at whatever they can find to wear down their chompers.

Plague epidemics still occur in isolated places throughout the world, though they are no longer the pandemics of years past. This is mostly due to improved hygiene and a diminished presence of human fleas, who spread the disease from human to human. There are still, however, a number of different types of diseases directly or indirectly transmitted by rats.

The presence of their droppings in ducts and near food is a health hazard.

Beyond the health hazards, rats cause property damage that can result in a severe economic burden to homeowners. They are perpetual chewers and will chew at wires, which can lead to power outages and fires. Their burrowing behavior can also be a nuisance.

Some rat populations are easier to control than others on a long-term basis. The most important thing is to focus on populations rather than on individual rats. An integrated strategy should include regular and thorough inspections, improved sanitation and general rat-proofing of structures. Combining this approach with lethal control methods like rodenticides, snap traps and glue boards will

Getting rid of rats for good, or at least on a long-term basis, requires taking a look at why there was an infestation in the first place. Apart from sanitation issues, finding routes of entry such as cracks in the foundation, loose screens and holes in pipes, is an important part of the exclusion process.
Our trained AAAC Wildlife Removal specialists can find these entry points and make necessary modifications to your building, adding sealants, mesh and other types of barriers against rats. 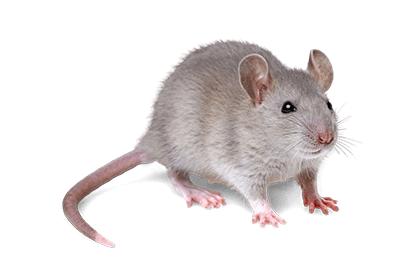 Got rats crawling around your attic? We can help! Select your state below to find a qualified AAAC Wildlife Removal Pro near you!

Rats got you nervous?
We can help!