Human beings love to hate snakes. Their forked tongue that shoots out to taste the air, their legless bodies that crawl on the ground and the countless tales told throughout history that pin them as the villain make many people feel uneasy at the mention of them.

Whether you’re going on a hike or swimming in a lake, you may find yourself having an unexpected encounter with a snake. Around your property, snakes can also be found in crawl spaces, attics and basements and underneath patios and porches. While many people associate venomous snakes with rural areas, species such as cottonmouths, rattlesnakes, copperheads and coral snakes can also be found in areas with high population density. Unfortunately, venomous species can often look very similar to non-venomous species. 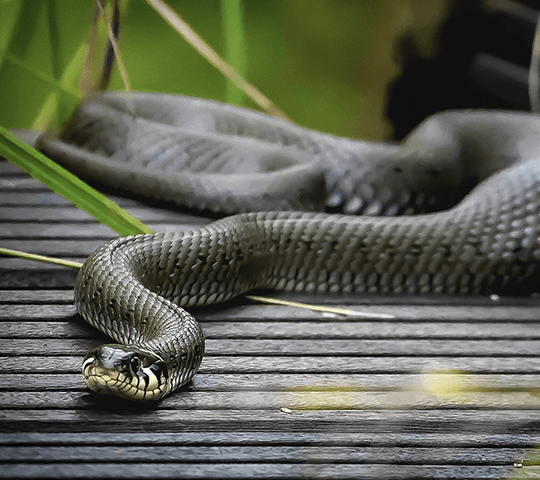 Snakes are legless reptiles with forked tongues that they stick out rapidly and frequently. They come in a large variety of lengths (a few inches to several feet) and colors (black, brown, green, yellow, red, etc.).

Most venomous species are pit vipers that navigate with infrared-detecting organs that detect the heat of prey. These sensors are in pits between their eyes and nostrils.

The myth that venomous snakes can be distinguished by their triangular head is unreliable, as most snakes have a relatively triangular head. Rattlesnakes are easy to recognize due to the distinctive noise they make with the rattle at the end of their tails when they feel threatened.

Most snakes prefer dark and damp areas. Tall grass, overgrown shrubs, unoccupied burrows, wood piles or beneath your porch. An abundance of food is also important, so they will live where there are a lot of rodents and insects. On warm, sunny days, you might find them sunbathing to regulate their body temperature.

While many people associate venomous snakes with rural areas, species such as cottonmouths, rattlesnakes, copperheads and coral snakes can also be found in areas with high population density. Unfortunately, venomous species can often look very similar to non-venomous species.

Snakes are carnivorous and swallow their food whole. They can smell the air with their tongue and have no eyelids. Most snakes lay eggs, though some give birth to live young. Since they are reptiles, their body heat is dependent on ambient temperature, which is why they sometimes sunbathe.

Most snake species in the United States aren’t venomous or dangerous at all. Many are actually beneficial because they can keep small rodent populations in check.

They won’t tend to be aggressive unless they feel threatened. They have various strategies for killing their prey. They may constrict them, inject them with venom, or simply catch an insect in their jaw.

The danger posed by snakes can be as mild as causing anxiety and as serious as death. They may bite if cornered, stepped on or grabbed. Most bites will only produce a puncture wound.

Venomous snakes, however, can potentially kill you if the bite is not treated immediately. Lethal snake bites, however, are far from the most common causes of death.

If you discover a snake on your property, contact an animal control specialist. Don’t assume that you can safely kill a snake on your own. Trapping and removing a snake is often a much more effective solution, since snakes play an important role in the ecosystem and some snakes might also be protected from indiscriminate killing in certain states. At AAAC Wildlife Removal, we can guarantee that our professionals will not only thoroughly resolve the problems generated by snakes, but they will do so in the most humane way possible.

Snake exclusion can ensure that snakes do not return to your home while preventing any hurt to the animal. You may want to try looking at any window screens that need to be replaced or cracks in your porch that need to be filled off. An AAAC Wildlife Removal expert can inspect your home and give you the proper recommendations. 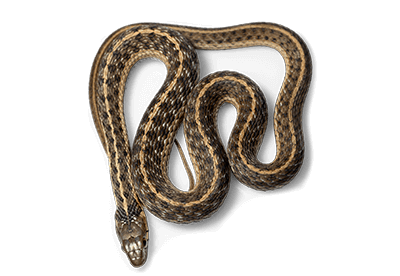 Snake got you spooked? We can help! Select your state below to find a qualified AAAC Wildlife Removal Pro near you!

Snakes got you nervous?
We can help!