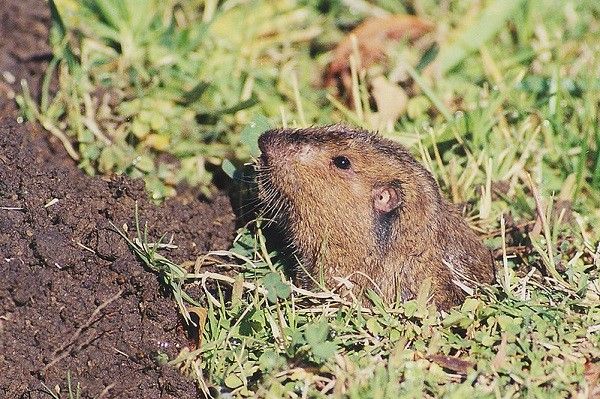 The gopher is a burrowing wild mammal found only in North America and is famous for creating soil mounds and pushing dirt around. Their bodies are designed for life underground, with short legs, whiskers, long claws, and thickened skin on their backs. They have small eyes and ears, and their fur is soft and dense.

The front teeth of gophers are capable of digging, and they have pouches inside their cheeks for carrying food. With all these fantastic gopher features, have you ever wondered when gopher populations build a family? Let’s find out!

When is Gophers Breeding Season?

Gophers breed once or twice a year, typically in the spring. However, the exact timing of their breeding season can vary depending on the region and species. For example, northern pocket gophers (Thomomys talpoides) in Alberta, Canada, have been found to breed from late April to early June. Meanwhile, Arizona’s southern pocket gophers (Thomomys bottae) have a much longer breeding season, from February to October.

So, if you’re hoping to catch a glimpse of some gopher baby-making, your best bet is to keep an eye out in the springtime. Their breeding season usually lasts about a month, when the female gophers will have two or three litters of two to six young each. That’s a lot of gophers!

Gophers are Solitary Before Mating Season

During the rest of the year, gophers live a solitary life, only coming together to mate. Once mating season arrives, male gophers will start to search for females. They do this by following their tracks and scent trails.

When a male finds a female, he will try to woo her with gifts of food that he stores in his cheek pouches. If the female is impressed, she will allow him to mate with her. After mating, the male gopher will return to his solitary life, while the female will stay in her burrow to raise her young alone.

Male Gophers are Likely to Fight in Mating Season

Gophers are as aggressive as much as they’re territorial. This means they will fiercely defend their homes against intruders, including other gophers. So, it’s no surprise that males can get pretty violent with each other during mating season.

In fact, fighting is such a big part of mating season for gophers that male southern pocket gophers have been known to kill each other over a female. So, if you’re thinking of going gopher-watching during their breeding season, it’s probably best to do so from a safe distance!

Like any other mammals, gophers have an exciting mating instinct too. Aside from the aggressiveness of males towards spotted female gophers, they exhibit more exciting behavior. And the females, too, as well.

This interesting mating habit is likely due to the high male competition during the breeding season. With so many males fighting for a chance to mate, it’s not surprising that some females would end up with more than one partner.

Female Gopher Give Birth to One Litter, 1-8 Youngs per year

Gophers have a relatively long breeding season compared to other animals. For example, while most mammals have a 1-2 month breeding season, gophers may breed for 3-4 months. This is likely because they are solitary creatures and do not form pairs or herds. Instead, males must search out females with which to mate.

Female gophers can give birth to one litter per year, but on irrigated sites, they can have as many as three. The young are born blind and hairless and stay in the burrow for 4-5 weeks before venturing on their own.

So, if you’re hoping to see some gopher babies, the best time to look is in the spring or early summer. Just be sure to keep your distance, as gophers can be pretty aggressive when defending their young!

You may call the burrow systems of gophers their underground world. These animals pretty much do everything in their built environment. They feed, mate, socialize, and even give birth there.

A female gopher will usually have her litter inside her burrow. This is likely because the burrow provides a safe and warm place for the young to be born and grow. It also protects them from predators.

Once the young are born, they are blind and hairless. They will stay in the burrow for 4-5 weeks before venturing. During this time, they will grow rapidly, thanks to their mother’s milk. Once they have enough maturity, they are on their own and must fend for themselves.

Well, gophers are actually what’s known as “altricial,” like rabbits, who are born blind, deaf, and helpless, and need their parents to care for them. This contrasts with “precocial” animals, which means they’re born fully developed and can care for themselves.

Habitat: Gophers create their tunnel or den in various habitats, including grasslands, forests, and deserts. But, they’re not often seen wandering above the ground areas. They hide under their own burrows. The burrow is usually a single burrow system and is occupied by one gopher only. However, chances of intersecting with other systems can happen.

In addition, they may also interfere with water or irrigation systems, lawns, pastures, gardens, and vegetation.

Diet: Gophers are herbivores and eat a variety of plants, including roots, leaves, grass, and fruits.

Predators: Gophers have many predators, including weasels, snakes, chipmunks, and skunks. Bird predators exist too. This includes raptors like barn owls and hawks.

Gopher Defense: Gophers have a few defenses against predators. They can use their powerful front legs to dig quickly and escape underground. They also have long claws that they can use to fight off predators. And, if all else fails, they can play dead!

Life Span: Gophers have a relatively short life span, only living 2-3 years on average. This is likely due to their many predators and their solitary lifestyle.

The excellent burrow system of gophers can be as deep as 6 feet and as long as 30 feet. So, it’s no question how these furry rodents reach your lawns or grounds. This is also the main reason why gophers are considered pests.

If you have gophers in your yard, the best thing to do is to call AAAC Wildlife Removal. We are experienced, professional, and licensed to deal with gopher problems. We will be able to get rid of the gophers for you and establish safety on your property.

Even if animals are not accustomed to social interaction, nature’s life cycle calls them to mate. And the pocket gopher is no exemption. When the most exciting season of their year occurs, they become more than ready to look for their partners in springtime. More interestingly, the females can choose not just one but multiple male gophers for their pups.

Their mating success comes a few weeks after the baby gophers are born. From then on, these helpless creatures need all the care and protection from their mother until such time that they can go out of their tunnels and face the real world on their own.

Learn more about other animals