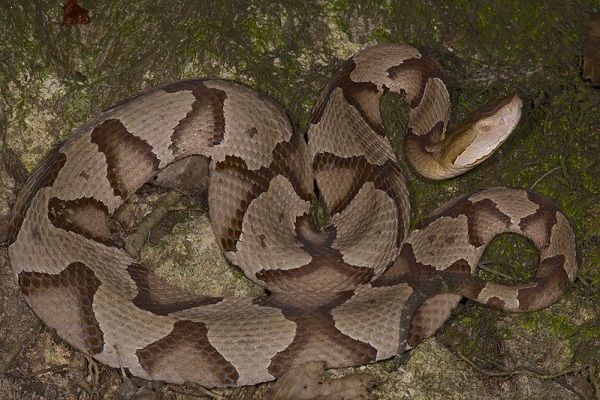 Snakes, just like other reptiles, have an egg development stage in their life cycle. Once the snakes breed, the female will get pregnant and lay eggs. The length of time between breeding and laying eggs is called the gestation period.

This can vary wildly between different species of snakes, with some pregnant for just a few weeks and others taking up to a few months to lay their eggs. The length of the gestation period is also influenced by factors such as the size of the snake, the temperature, and whether the snake is viviparous or oviparous.

How Long Is A Snake’s Gestation Period

A snake’s gestation period is typically between 30 to 45 days, but it varies depending on the type of species. For example, the average length of time for a garter snake to gestate is between 42 and 65 days. However, other species of snake can take much longer to gestate. For instance, the king cobra has a gestation period of around 90 days.

There are two different types of snakes when it comes to reproduction: viviparous and oviparous. Viviparous snakes give birth to live young, while oviparous snakes lay eggs. The majority of snake species are oviparous, with only a handful of species being viviparous.

One example of a viviparous snake is the boa constrictor. The gestation period for this type of snake is around 7-10 months. The female will give birth to anywhere from 20-30 live young at a time.

Other examples of these snakes are rinkhals, anacondas, rattlesnakes, white-lipped snakes, sea snakes, and water snakes.

On the other hand, oviparous snakes lay eggs. As noted earlier, the majority of snake species are oviparous and will lay around 10-30 eggs at a time. Once the eggs are laid, the mother snake will abandon them. The eggs will then hatch anywhere from 6-10 weeks later.

The mating season for most snakes typically occurs during the late spring and early summer months. Male snakes will compete with each other to mate with a female. The victor of these competitions will then mate with the female. Once copulation has occurred, the male snake will disengage and leave the area.

The female snake will then store the male’s sperm in her body until she is ready to lay her eggs. The gestation period for a snake can last anywhere from 42-90 days depending on the species. Once the eggs are laid, the mother snake will abandon them. The eggs will then hatch anywhere from 6-10 weeks later.

The mating process of snakes involves internal fertilization. It’s different from what we are used to seeing in mammals. In mammals, the eggs fertilize as they travel down the female’s fallopian tubes. However, in reptiles, including snakes, the eggs are fertilized inside the female’s body after copulation. Copulation lasts from a few minutes to a few hours and can occur multiple times.

Snakes need to line up the base of their tails at the cloaca. This aperture serves both the reproductive and excretory systems to mate. Hemipenes, a two-pronged sex organ stored in the male’s tail, are extended by the male, who uses each half to store sperm into the female’s cloaca.

The female snake will then store the male’s sperm in her body until she is ready to lay her eggs. The female can store these for up to 5 years, which means that they don’t have to mate every year in order to reproduce.

Once the female is ready to lay her eggs, she will do so in a secluded area where she will abandon the eggs.

It is important to note that snakes are not social creatures. They typically only come together to mate and then go their separate ways. Snakes do not form bonds with one another and generally don’t interact with other members of their species outside of the mating season.

Can Snakes Breed Without a Male?

Yes, snakes can breed without a male. This process is known as parthenogenesis, resulting in the female snake producing offspring clones of herself. In some cases, it is an efficient way for a snake to reproduce, but it has several disadvantages.

First, because the offspring are clones of the mother, they are not genetically diverse. This lack of diversity can make the population more susceptible to disease and other environmental threats. Second, parthenogenesis is typically a less efficient way of reproduction than sexual reproduction. It is because the mother snake must expend a lot of energy to produce offspring that are clones of herself.

Lastly, parthenogenesis can only occur in particular snake species, like garter snakes, boa constrictors, and pythons. But not all members of these species can reproduce via parthenogenesis – only a tiny percentage have this ability.

For oviparous snakes, once they lay their eggs, they must incubate at the correct temperature until they hatch. Some female snakes perform this process and will coil their body around the eggs to keep them warm. Others just let the eggs incubate on their own.

Generally speaking, snake eggs take anywhere from 30 to 90 days to hatch. However, some species of snake, like the king cobra, can have an incubation period that lasts up to 105 days.

Once the eggs hatch, the baby snakes are on their own. They must fend for themselves from the start and are not cared for by their parents.

How many eggs does a snake lay?

Generally, larger females will lay more eggs than smaller females. It is because they have more space in their bodies. Additionally, some species of snake lay more than others. For example, pythons typically lay between 10 and 20 eggs, while king cobras can lay up to 21 to 40 eggs.

When baby snakes hatch, they are on their own. They will need to find food and shelter and avoid predators. Fortunately, snakes are born with the skills they need to survive in the wild. Baby snakes typically eat small insects, such as crickets or worms. As they grow, they will begin to eat larger prey, such as rodents or birds.

Baby snakes also have to be careful of predators. Some animals, such as foxes, weasels, and birds of prey, will eat snakes. However, baby snakes are typically more agile than their adult counterparts and can escape these predators.

Have A Snake Infestation Problem?

If you have a snake infestation problem, AAAC Wildlife Removal is the best company to call. We’ll come in and remove the snakes from your property safely and humanely so you won’t have to worry about them anymore. Give us a call today!

To sum up, the gestation period of a snake is the time between sexual or asexual conception and when the female snake lays eggs or gives birth to live babies. The process can take anywhere from 28 to 45 days or several more weeks, depending on the snake species and where she is in the world.