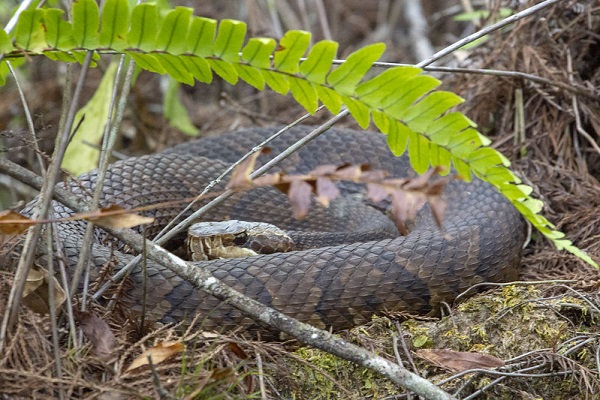 Snakes, like many predators, have a natural urge to preserve energy. They desire to hunt large animals, consume a substantial meal, and then digest the food in peace.

Snakes such as the green anaconda, king snakes, or the king cobra are dangerous cold-blooded animals that have been around for centuries and are everywhere. There are thousands of different species, each with its color, length, and behavior.

So what do these predators eat to survive? Let’s explore what snakes eat and how they hunt for their meals.

So, What’s On The Snake’s Menu?

A snake’s diet depends on its size, location, and whether it’s venomous. Some snakes are even known to eat other snakes!

Researchers have found that venomous snakes eat more often than non-venomous snakes. It takes a lot of energy to produce venom, and they need to replenish their supplies regularly.

Take a look at this lengthy list of some of the different animals snakes have been known to eat:

Juvenile snakes love to eat insects, that is until they are large enough to digest larger animals. Some small snakes eat insects until they reach adulthood, but most snakes transition to eating mice and other small animals as they mature.

Certain snakes feed on insects. Depending on the availability in their area, many species will hunt for various types of insects.

Grasshoppers – Grasshoppers are located all over the world and they usually share the same habitat as snakes. They are a common food source for many different species of snakes.

Crickets – Crickets are in many dark and moist places. They are usually nocturnal, so they are often active when snakes are hunting. Crickets are small and easy to catch and have a lot of protein.

Cockroaches – Cockroaches are one of the most nutritious insects for snakes. Known to be high in protein and fat and have a hard exoskeleton that can help a snake digest its food.

Mealworm – Mealworms are usually found in the soil and are a good source of protein for snakes. Mealworms are the larvae of beetles and are food for reptiles and amphibians.

Slugs – Slugs are a common food source for snakes, especially in the wild. They are easy to catch and are a good source of moisture.

Insects are critical to the snake diet because they provide essential nutrients and hydration. Snakes need to shed their skin regularly, and the insects they eat help with this process.

Birds and their eggs

Snakes will frequently consume a bird whole, including the feathers, beak, and feet. However, birds can be challenging prey. Snakes prefer to eat eggs, which are simple to locate and don’t require as much effort to capture and consume.

Dasypeltis or egg-eating snakes are non-venomous snakes that can be found all throughout Africa, mostly in forested or woodland areas that are also home to a wide variety of bird species. These snakes may pierce eggs with the help of their sharp teeth, which are designed to grip and tear, then consume the entire contents.

Pescatarian snakes are not as common as you might think. Most snakes don’t eat fish at all and aren’t able to digest sharp fish bones correctly, and they can’t fish well enough to provide a significant source of food.

That being said, there are a few species of snakes that have been known to eat fish on occasion. These snakes usually live near bodies of water and have adaptations that help them catch and eat fish.

The checkered keelback, garter snake, cottonmouth, dice snake, and water snake are some examples of snakes that will eat fish.

Frogs are so abundant in the snake’s native environments that they’re an easy target. Snakes will eat just about any type of frog, but the ones they go for most often are the larger ones.

Bullfrogs, common toads and frogs, pool frogs, and leopard frogs are a few of the most popular species of frogs that snakes consume. In a variety of environments and biomes, snakes consume frogs in significant numbers.

Snakes hunt and eat lizards in many regions of the world. Iguanas, geckos, skinks, anoles, and chameleons are a few of the most common lizard species that snakes consume. Lizards are quite common where snakes reside, so they’re an easy meal.

Small mammals make up a significant part of the diet of many snakes. Most snake species hunt and consume small mammals such as rodents (mice, rats, etc.), shrews, moles, chipmunks, and squirrels.

Are All Snakes Carnivores?

100% of snake species are carnivores. A snake’s digestive tract is adapted to devour very densely high-calorie foods like small prey animals. They only eat every few weeks because their meals take some time to digest. Snakes also lack the digestive tract bacteria required to break down plants. Additionally, plants don’t have enough calories. Thus snakes can’t generate energy from consuming them.

How Do Snakes Hunt And Eat Their Prey?

When hunting, snakes use their senses to find their prey. Some snakes seek prey by feeling body heat or body temperature. In contrast, other snakes utilize their sense of smell to locate potential meals by flicking their tongues in and out. When they are close enough, they quickly and accurately strike. Giant snakes will eat deer or large animals.

Some non-venomous snakes subdue their prey using constriction. After a successful strike, they quickly coil their bodies around the animal, preventing it from escaping and cutting off its air supply. Once the prey has stopped struggling, the snake swallows it whole.

Venomous snakes kill their prey using venom. A successful bite injects the poison into the animal’s bloodstream. The venom quickly begins to shut down the animal’s nervous system. Once the animal is paralyzed, the venomous snake will consume it whole.

Need Help With Snakes On Your Property?

If you need help with snakes on your property, AAAC Wildlife Removal is the best company to call. We’ll take care of the problem in a quick and efficient manner so you can feel safe in your home.

We’ll also make sure that no other snakes are able to get into your home so you won’t have to worry about these slithery creatures again. Contact us today to schedule a consultation.

When it comes to food, snakes have a wide variety of options. From insects to rodents, to frogs, to their fellow snakes, these carnivorous creatures will consume just about anything they can get their mouth around. While most snakes are content to eat smaller prey, some species of snakes, like the anaconda, can grow large enough to take down much larger animals. No matter what they’re eating, one thing is for sure – snakes are some of the most efficient predators in the animal kingdom!