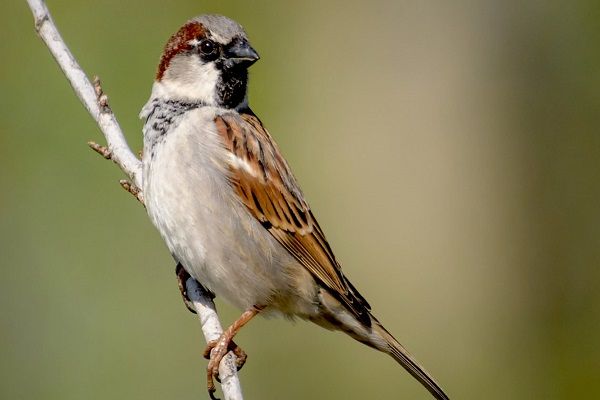 Birds fly high and free in the sky, but they are not invincible. These creatures of prey have their own predators to worry about. Depending on the size and type of bird, different animals will go after them for a meal.

From mammals and reptiles to other birds, many different creatures see these animals as a tasty treat.

Many animals consider birds a part of their diet. The animals that hunt and eat them can range from domesticated animals to amphibians, reptiles, mammals, and other usual predatory creatures. Let’s dive into them in detail.

Cats are carnivores, so they can see birds as their natural prey. Studies have shown that domestic and feral cats are the leading predators of birds in the United States. Cats, including house cats, big cats, and wild cats, will go after anything that moves. A bird’s erratic flying patterns make them look very tempting to a cat’s hunting instincts.

Cats come in contact with birds in different ways. A cat may see a bird through a window and attack it or hear birds in the yard and go after them. Stray cats are also a problem for birds because they often roam near bird feeders and attack the birds that come to eat. These domestic cats are recorded to kill 1.3 to 4 billion wild birds yearly.

Dogs are also one of the animals that frequently hunt and eat birds. Many dogs were often specifically bred and trained to help humans in bird hunting. Dog breeds like retrievers, spaniels, setters, and hounds are often trained to flush out birds so that hunters could shoot them.

While most domesticated dogs are not as skilled in hunting birds as their ancestors, they still have the instinct to go after them.

Squirrels may be cute little mammals, but they are pretty sneaky. They are mammals closely related to rats, mice, and other rodents. They are found in a variety of habitats all over the world and many of them are known to eat birds.

Squirrels will often eat eggs or baby birds that are not yet able to fly. They will also go after adult birds if they are small enough to be considered prey. In some cases, squirrels have even been known to raid bird nests and eat the eggs or young birds inside.

You’ll see squirrels eat almost anything they can get their hands on, including baby birds, eggs, and nestlings. This can be a real problem for bird populations because it can cause them to decline rapidly.

One of the squirrel’s common habitats is the branches of trees, which also happens to be where many birds build their nests. This gives the squirrels easy access to their potential meals.

Raccoons are another common predator that consumes birds. They are nocturnal mammals that have a distinctive black mask around their eyes and a ringed tail. They’re mostly found in forests, marshes, and urban areas.

The mask can be quite advantageous for raccoons when they hunt for food at night, they my catch sleeping birds off guard. Raccoons will also den in trees, this gives them yet another way to access birds’ nests.

Raccoons are especially fond of raiding nests and baby birds, but they will also eat adult birds if they are able to catch them.

Foxes are fascinating bird hunters. They are a group of canid mammals, that include the red fox, gray fox, and arctic fox. Foxes are known to be proficient hunters and eat just about anything they can catch, including birds.

Similar to raccoons, foxes are nocturnal predators and typically hunt for food at night. They will use their sharp claws and teeth to kill their prey. They will often stalk birds, inching closer and closer until they are close enough to pounce.

Foxes will eat just about any type of bird, but they seem to prefer preying on small birds such as sparrows, finches, and larks.

Snakes are expert bird feeders. They are a group of reptiles that includes the cobra, python, and rattlesnake. With their elongated body, sharp teeth, striking speed, and venom, birds will have no escape when these slimy predators select them as prey.

Snakes, interestingly, do not chew their hunt. So, once the bird is in its mouth, it will swallow it whole. Snakes also often invade bird nests to seek bird eggs or baby birds.

Other than snakes, reptiles such as lizards and crocodiles are also good at catching birds. Lizards will eat smaller birds, while crocodiles can devour almost any bird that comes their way.

It may sound unusual to hear that frogs are predators of birds, but it is true. Some species of frogs will actually prey on birds.

Aquatic birds, especially other smaller birds who frequent swamps, rivers, and other water bodies, are preyed upon by these amphibians.

Frogs like the American Bullfrog, Goliath Frog, and Khorat big-mouthed frog have been known to eat birds. These frogs will sit and wait for their prey, much like a snake does. When a bird comes close enough, the frog will use its tongue to snatch the bird out of the air.

Baboons are a group of Old World monkeys, including the hamadryas baboon, olive baboon, and yellow baboon. They are one of the largest known monkeys in the world and are typically found in Africa and Arabia.

Baboons are omnivores and opportunistic eaters, so they will pretty much whatever they can get their hands on. They’ll feed on rodents, small mammals, and birds.

Coyotes are also listed as birds’ most dangerous predators. They are a species of canids found in Central and North America. These creatures usually inhabit forests, plains, and mountains.

Coyotes are known to stalk their prey before attacking. Once they see a good opportunity, they will pounce on them. They encounter birds mostly in mountains or forests, with flightless birds (like molted waterfowl) being the most vulnerable. Quail, wild turkey, eastern meadowlark, and roadrunners are the usual birds eaten by coyotes.

Weasels are a group of mustelid mammals that includes the ferret, mink, and stoat. Weasels have long, slender bodies that enable them to enter the burrows of their prey.

Weasels are known to be ferocious hunters and will eat anything they see fit in their diet, including birds. They’d usually climb trees or enter birdhouses to get their prey. Chickens and game birds are their usual victims.

Badgers are short-legged omnivorous mammals that are in the same family as polecats, wolverines, otters, and weasels. Their habitats are woods, hedges, and grasslands.

Badgers are nocturnal animals and will only come out at night to look for food. They prey on earthworms, frogs, and other small animals like snakes, rodents, and birds.

Avivore (a bird that eats birds)

Birds hunt, kill, and eat their feathered friends too. These bird species are called Avivores or birds of prey, or raptors. The most common avivore is the shrike. Shrikes are small to medium-sized passerine birds with strong hooked beaks that they use to kill their prey.

Another common avivore is the accipiter. Accipiters are a group of medium to large hawks. They have long tails and short, broad wings, and their diet consists primarily of birds, which they hunt by stealthily approaching their prey from behind before attacking.

Another bird species that hunts birds are the peregrine falcons. These creatures usually swoop or dive on flying birds in mid-air. Large birds of prey, such as eagles, hawks, and owls can kill a good number of wild birds, pigeons, and doves.

Scavengers also exist and vultures count as an example. They feed on decaying flesh and matter of animals. When they spot injured birds or birds not entirely consumed by other animals, they approach them and finish the whole meal.

Humans can be the most dangerous predators of birds. We kill them for their meat, feathers, and eggs. We also destroy their habitats with our agricultural and urban development activities.

Birds that have been victims of human hunting include the Passenger Pigeon, Carolina Parakeet, Great Auk, and Heath Hen.

Besides the main predators listed above, there are other animals that feed on birds. Some of them can be quite surprising and interesting.

Fish can be predators too. Known predatory fishes that eat birds include the Northern pike, largemouth bass, and African tigerfish. They’d aggressively jump out of the water to attack birds that are swimming near the surface.

Fish that eat birds often live in shallow waters where their prey usually come to forage. Baby ducks are often the victims of these fish as they are very easy prey.

Hummingbirds are the most common birds that fall prey to mantises. They grab these small birds and start eating them while they’re still alive.

Sea anemones are a group of marine predatory animals. They attach themselves to rocks or other hard surfaces using their pedal disc. They don’t really hunt but typically place themselves in strategic positions where injured birds or baby chicks can fall into their “mouths.” Once they’re in the sea anemone’s mouth, they will be stung and paralyzed. The anemone will then start to digest them.

Need Help With Bird Pests On Your Property?

Birds may be magnificent creatures but when they start nesting in your vents or dropping ungodly amounts of poop on your freshly cleaned car, they become pests. If you need help getting rid of bird pests, contact AAAC Wildlife Removal today.

We specialize in the humane removal of wildlife pests so you can rest assured that the animals will not be harmed in any way. We also clean up any messes they may have left behind and we disinfect areas to prevent the spread of diseases.

We’ll offer you the best service available when it comes to bird infestations. Our experienced and skilled team will help remove and prevent these flying creatures from wreaking havoc in your life.

We also help with other infestations like raccoons, skunks, bats, rodents, and other uninvited guests, call us today!

So, there you have it! The bird’s flight and agile movement do not exempt it from being preyed on by other animals. In fact, because of their small size, birds become an easy target for predators. The next time you see a bird soaring through the sky, remember that it is also constantly looking out for predators who might want to make it their next meal.