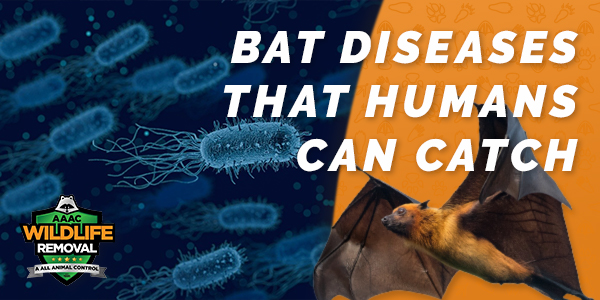 Bat disease in humans is something that many people are familiar with. Additionally, bats are high-risk viral reservoirs, serving as a source of infections that can spread to humans and cause epidemics. Several scientists have even suggested that the animals have characteristics that make spillover occurrences from animal to human more likely and that they should be watched more closely as a result. However, according to a new study, bats are “unexceptional” in their ability to host a number of viruses that infect people.

Many infectious organisms, such as a number of viruses, bacteria, and fungi, can be found in bats (order Chiroptera). Although the epidemiology of contagious diseases in bats is unknown, it is established that bats may produce a wide range of infectious agents and serve as a reservoir for new infections.

Salmonella, histoplasmosis, yersiniosis, and external parasites are the most common zoonotic illnesses found in American bats. Imported bats can also transmit zoonotic viruses such as the Hendra virus, Nipah virus, coronavirus, Ebola virus, and others, which can cause serious and fatal sickness in humans and animals.

The species Lyssavirus, which transmits rabies, is rapidly expanding, with 15 species already recognized, all but two of which were isolated from bats. According to the World Health Organization, the classical rabies virus (RABV) is the most well-known human zoonotic virus, killing thousands of humans every year in Asia and Africa as a result of dog bites.

In Latin America, vampire bat rabies, which is caused by the same viral species, is a major public health concern. Even though there is a great vaccination available, its effectiveness against some of the newly found rabies viruses has yet to be determined.

Nipah, another Henipavirus, was originally discovered in Malaysian pigs and pig handlers suffering from encephalitis in 1998, with 105 deaths and 265 cases. The viral illness was brought under control by halting swine migrations and culling over 1 million pigs. Flying fruit bats were quickly identified as the source of infection after the Hendra incident, with pigs consuming fallen fruit tainted by bats. Human cases have emerged virtually annually in Bangladesh and infrequently near India since 2001, with greater fatality rates and a separate route of infection than in Malaysia.

The coronavirus SARS-CoV produced Severe Acute Respiratory Syndrome, which initially appeared in China in 2002 and spread across the world with over 8,000 verified cases, over 800 of which were deadly. This virus was discovered in raccoon dogs and masked palm civets in a marketplace in Guangdong Province shortly after the epidemic, but it took time before horseshoe bats were recognized as the natural hosts from which this virus had spread to carnivores.

COVID-19 is caused by a viral virus that has yet to be isolated from any bat species. Coronaviruses that are zoonotic viruses (dangerous to humans) have not been detected in bats. In reality, none of the world’s 1400+ bat species have been found to have the COVID-19 virus. In China, a coronavirus that shares 96% of the genome with SARS-CoV-2 was discovered in a single species of bat (Rhinolophus affinis). This may seem substantial, but keep in mind that while we share 96% of our genome with chimps, we are not the same species as these mammals. It is vital to note that people, not bats, are the ones who spread COVID-19 in the pandemic.

In relation to human immune systems and health, Ebola, a filovirus, is the most dangerous of the associated zoonotic viruses. The infections came in waves, killing up to a few hundred people before suddenly dying out, often before public health officials could respond. This viral virus had changed to become more virulent during the last outbreak in West Africa, and increased transportation links meant that it quickly reached cities and towns. Nearly 30,000 persons were affected by Ebola, with nearly 11,000 of them dying.

Initial infections are caused by coming into touch with virus-infected wildlife carcasses. This includes chimps, apes, forest duikers, and other mammals, putting hunters and others who prepare meat for cooking in jeopardy. Due to Ebola’s high infectivity, it can be caught by even the tiniest contact with a contaminated person. Even though there is no direct treatment, adequate nursing care may help reduce death, and a vaccine is now being available.

The only filovirus separated from a bat, which is thought to be the natural host, is Marburg. Human spillovers have occurred on rare occasions, mostly involving mine employees in Uganda and tourists visiting caverns. Angola experienced the greatest outbreak over a decade ago, with 252 cases, 90 percent of which were deadly.

Seasonal influenza outbreaks are brought on by viruses that can only infect humans. In most cases, influenza strains that circulate in pigs or birds do not pose a hazard to humans. In rare situations, however, an avian or pig virus can be given to humans ( known as zoonotic transmission), resulting in a global influenza pandemic with countless significant illnesses and fatalities.

A type of influenza virus was identified in bats in South America approximately eight years ago. However, whether bat influenza viruses are likewise a threat to people was previously unknown. These novel influenza viruses have the capability to infect livestock and humans, according to a global medical and science research team controlled by the University of Zurich.

The Hantavirus genus is made up of a number of newly emerged segmented infecting RNA viruses that may cause human infections, including severe and deadly diseases such as hemorrhagic fever accompanying renal syndrome and hantavirus cardiopulmonary syndrome, for example. Principal reservoirs of hantaviruses have long been thought to be rodents; nevertheless, a wider spectrum of mammal hosts, including insectivorous bats, has been documented. This genus’ evolutionary history is marked by regular cross-species transmission, which is also regarded as a primary driving force in evolution. The Hantaan virus was the first hantavirus to be isolated from bats. Hantaviruses have since been discovered in several bat species, although no bat-to-human transmission of the disease has been documented.

Mammalian orthoreovirus can cause everything from a moderate respiratory infection to severe disorders including diarrhea and encephalitis. The virus has been isolated from a variety of species, including humans, and is found in different serotypes all across the world. This reovirus was also found in numerous bat species, indicating that the virus has a wide distribution in these flying mammals. Bats may operate as a natural reservoir for these viruses, according to several pieces of evidence. Despite the fact that bat-origin orthoreoviruses have been isolated from human patients, their zoonotic potential remains unknown.

Bartonellosis is a zoonotic bacterial disease that is spreading over the world.  The Gram-negative bacterium Bartonella is transferred through the bite of hematophagous arthropod vectors. Bats have been identified as one of several species found in wild and domestic animals. Two Bartonella species, B. naantaliensis and B. mayotimonensis, were previously discovered in bats’ ectoparasites and peripheral blood, implying that bats could be a source of human bacterial diseases.

Recently, the existence of strongly linked Bartonella genotypes in fruit bats and their related bat flies in Madagascar has been documented, implying that a potentially zoonotic pathogen is transmitted by bat fly vectors.

This genus contains opportunistic pathogens that may cause endemic disease and are linked to outbreaks of epizootic sickness.   Humans are most likely to be infected via nasal secretions and animal bites. Pasteurella species, particularly Pasteurella multocida, have been identified as the primary pathogens of several systemic and localized illnesses in bats.  Wounds from domestic predator bites appear to be the most common source of infection.

Nevertheless, a study from Wisconsin in the United States documented the first outbreak of acute pasteurellosis caused by P. multocida in wild bats without any traumatic injuries.

Leptospira is a bacterial infection spread by infected animals’ urine and can be lethal to humans in extremely rare circumstances. Although cattle and rodents are the most common carriers of this disease, bats are also susceptible. Individuals who are exposed to the germs at work, such as farmers, veterinarians, and meat workers, are more likely to contract Leptospira. Preventing bat urine from coming into touch with broken skin, your noses, eyes, or mouth is the most efficient technique to avoid contracting leptospira from bats. After dealing with bats, always wash your hands.

Bats have also been shown to carry the Escherichia coli strain. It aims to highlight the large percentage of multi-resistance of these infections to many antibiotic classes, which is a significant and growing worldwide healthcare issue. Antimicrobial resistance has been seen in both wild and domestic animals, with an increased prevalence of resistance in both endogenous and pathogenic microorganisms. As a result, resistant illnesses can be passed to humans, and bats may contribute to the transmission of resistant microorganisms.

Animal feces may include Salmonella and other germs that cause gastroenteritis. The majority of salmonella cases are caused by eating undercooked or raw food contaminated with salmonella bacteria. Frequent physical contact with animals such as poultry, dogs, and cattle can also lead to illness. Some flying foxes are thought to carry the bacteria as well. After touching bats or their feces or urine, always wash your hands.

The lung infection, Histoplasma capsulatum, is extremely rare. Infected bats, cats, dogs, horses, cattle, rodents, and other animals may expel the organism in their droppings. Humans who come into contact with bats or bat caves for business or enjoyment should limit dust exposure in areas where bat droppings are likely to be present. Before cleaning, it is a good idea to spritz any possible contaminated regions with water. Protective gear such as gloves, face masks, and overalls should be used by those working in these regions.

Although the microorganism’s ramifications for human health are unknown, it is vital to say a few things about a developing fungal illness known as WNS that has killed millions of bats in America. It is caused by this psychrophilic fungus, which infects bats’ skin – particularly their wings – while they’re hibernating in the winter.

Are Bat Droppings Harmful to Humans?

Bat droppings are most typically found beneath the roost and below the locations, bats utilize to gain entry to buildings or roosting spaces.

Allergies, dust inhalation, and gastro-intestinal infection from ingesting droppings are all possible health problems in rare instances. All of these dangers can be prevented by taking modest precautions and maintaining basic hygiene standards.

Can You Get Sick from Bat Urine?

The primary danger with bat urine is that it contains significant levels of uric acid, which can corrode metal. Bat urine stains light-colored fabrics and porous stones such as alabaster and marble, and etching polished objects.

Do Bats Get Sick From Rabies?

Bats do get sick from rabies; however, it is generally not fatal to them, nor is carried by all bats.

Although all mammals can catch and transmit rabies, bats aren’t asymptomatic carriers. Bats, on the other hand, get rabies at a far lower rate than other animals. The disease affects less than half of one percent of all bats. Rabies can be transmitted by a variety of wild animals, including skunks, foxes, coyotes, raccoons, and bats.

Additionally, no evidence exists that bats with these zoonotic viruses have triggered outbreaks in other animals.

The emergence of novel infectious illnesses is linked to environmental, socio-economic, and ecological variables, and it is a serious public health issue as well as a significant economic burden around the world. The majority of them are caused by zoonotic infections that start in wildlife and transmit to people. Bats are a major reservoir for various pathogenic agents, primarily viruses, many of which have already caused disease epidemics around the world. An increased overlap between human and bat habitats contributes to the rising occurrence of bat-associated illnesses.